Tech Lane Ghent Science Park/Campus A is flourishing with more than 3750 people working at the Park. The expectation is that this number will further increase in the future.

Today many people have discovered alternative ways to reach their workplace. Ghent University together with the VZW Ardoyen and its members have taken multiple initiatives to support this trend. Travel by public transport is now supported through a free shuttle bus to reach the Gent Sint-Pieters train station during rush hours. People cycling to work can rely daily on a free repair service on site. Many companies members of VZW Ardoyen are offering advantageous schemes to acquire comfortable regular or e-bikes. For these people, Cambio cars are available in case they need a car during daytime. Ghent University, the biggest employer on site provides share-bikes for its own employees for commuting into the city. Ghent University and the VZW Ardoyen remain committed to further invest in improving the overall modal split at the Park (modal split is here used as the ratio between people using a hard modus of transportation for home-work traffic, a car, or a soft modus of transportation being public transport, walking or cycling). 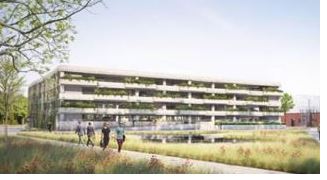 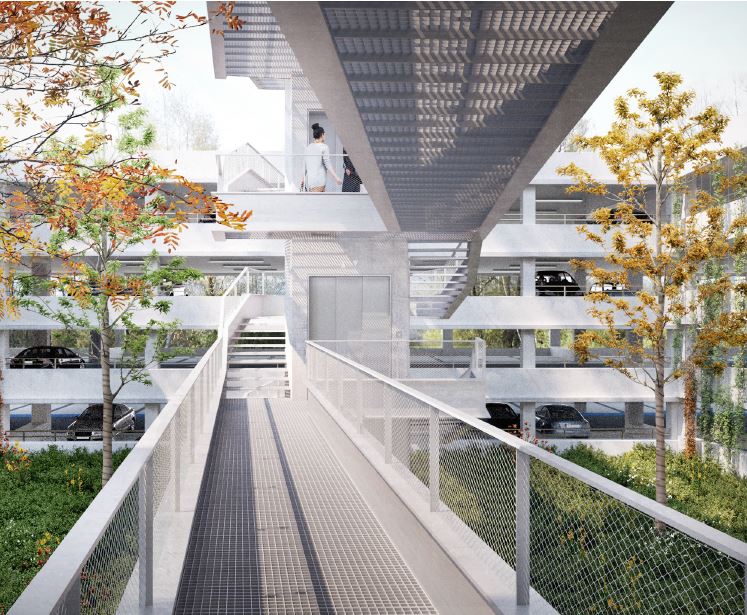 For many people, coming by car remains however the most convenient and sometimes the only solution. The available parking infrastructure on the Park today is already saturated. Cars are left at places where they do not belong resulting not only in a chaotic and messy look of the Park but sometimes also in unsafe situations. In addition a large temporary parking lot will disappear in the nearby future. Not all buildings have an adequate number of parking spaces of their own.

Some time ago a decision was made to address this problem by working out a plan for a central parking facility for cars on site.

Today we can announce that a concession has been formally granted to a consortium to design, build, finance and operate a new parking facility on site. This concession will also include regulating all the entrances and exits of vehicles on the Park. If all goes well, the parking should be operational by the beginning of 2022 and will be operated by Indigo.

The parking itself will have an initial capacity for 500 cars and will be located centrally at the park in between Syngenta and BASF.

The building will be an open structure with green outer walls, a green roof and inside patio that will serve as vertical circulation and that will improve daylight access to the parking zones.

A number of parking spaces will be equipped with charging installations for electrical cars. This number can be increased in function of future needs. The operator of the park has also foreseen to provide for a bicycle sharing program through which 250 free float bikes will be made available for transport on the park and outside the park.

The opening of the new parking facility will be accompanied by the introduction of access control to the Park. Free access permits will be given for all existing official parking spaces at the Park.Additional access permits can be obtained by taking a subscription for access to the parking facility. These subscriptions will be offered at fair market rates and will be offered with priority to Park tenants. To support access control entry and exit gates will be installed at the entrances of the Park and access will regulated through licence plate recognition. Visitors coming by car will have to pay before leaving the Park based on hourly and daily rates. The same rates will apply for access of cars from companies exceeding their number of permits.

The new parking facility will complete the major overhaul of the Park and will be a major contribution to improve the quality of working at the Park.