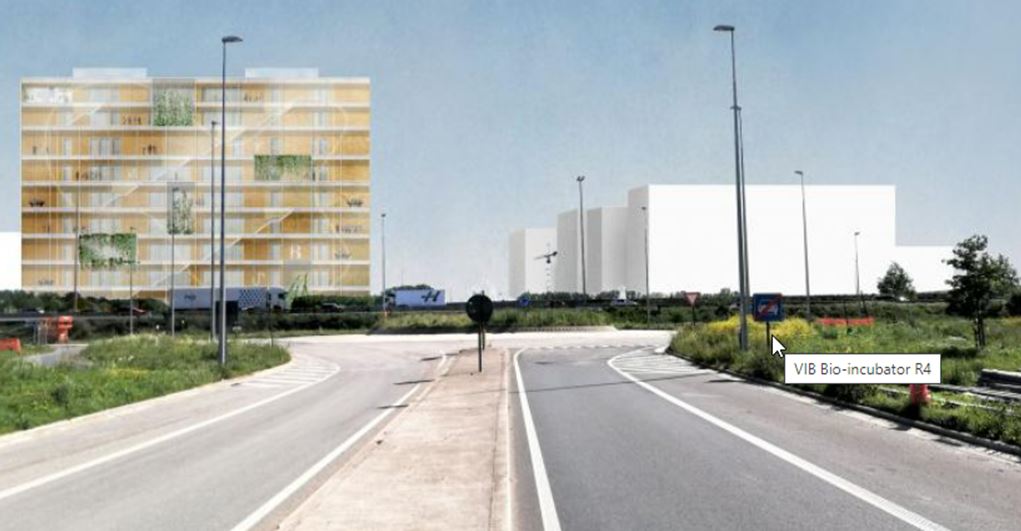 Janssen Pharmaceutica & Legend Biotech are working together to enable the production of innovative cell therapy or CAR-T in Europe. To make this happen, new state-of-the-art facilities are currently being built, both at Campus Ardoyen and Campus Eiland Zwijnaarde.

Cell therapy offers a new approach to fighting cancer cells by using the power of the patient's own immune system. Chimeric antigen receptor T cell therapy (CAR-T therapy) is a specific form of cell therapy. It is a complex and highly personalised technology in which a patient's own T-cells are extracted from the blood and reprogrammed to target and eradicate cancer cells, making CAR-T therapy a treatment tailored to the individual patient.
Personalized therapy also requires customized infrastructure! 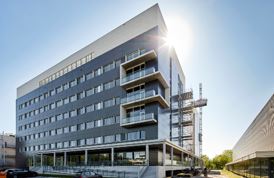 Part of the ground, first, fourth and fifth floor of Building Obelisc at Campus Ardoyen are being converted into a first production plant, that will host high-tech clean rooms, a brand-new logistics center, a training center and modern office spaces. This 3500 m2 facility will start producing CAR-T in the near future. 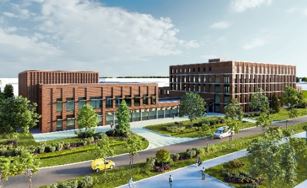 At the same time, a larger plant ‘Tech Lane’ is being build, which will enable to scale up production in the future. This brand-new building covering 22 000 m2 will become the beating heart of CAR-T.

Started as a green field, cleanrooms, laboratories, a warehouse and offices are currently being constructed.

Tech Lane and Obelisc will collaborate closely with the facilities on the Janssen Pharmaceutica Campus in Beerse to enable the full production process.

Daikin Europe N.V. (DENV), the European subsidiary of Daikin Industries Ltd., and leader in the field of climate solutions, has chosen Ghent as its new location for the EMEA Development Center (EDC).

The EDC needs additional capacity, test chambers and larger research facilities equipped with the latest technologies. It is therefore planning the construction of a cutting-edge development complex on our Tech Lane Ghent Science Park / Campus Ardoyen in the second half of 2021. The new and more extensive EDC is also very important for DENV with a view to the further development of new technologies.

Following a study into the ideal new location for the headquarters of the EMEA Development Center, Daikin Europe N.V. had its eye on Tech Lane Ghent Science Park / Campus Ardoyen.

As a Top 100 university, Ghent University has a renowned doctorate programme in ‘Mechanical Engineering’, and is, in that sense, a significant source of future employees. Ghent University and the EDC have already worked together, and will intensify their collaboration at the new site in the field of new heating technologies, the Internet of Things and Artificial Intelligence.

The intention is to inaugurate the test building in May 2023, and to take the office area into use at the end of 2023. 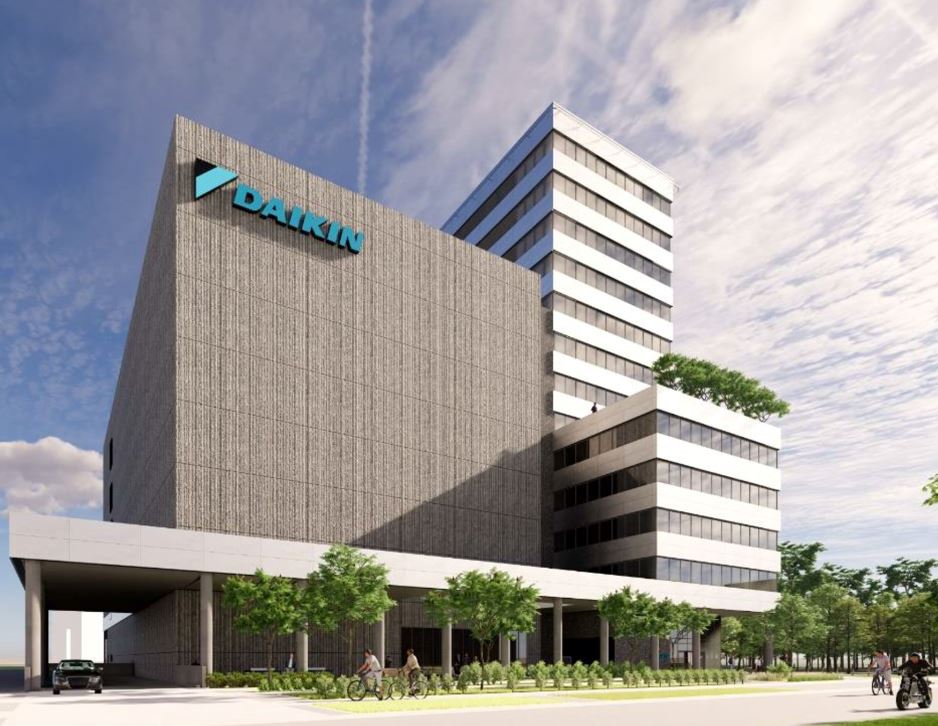 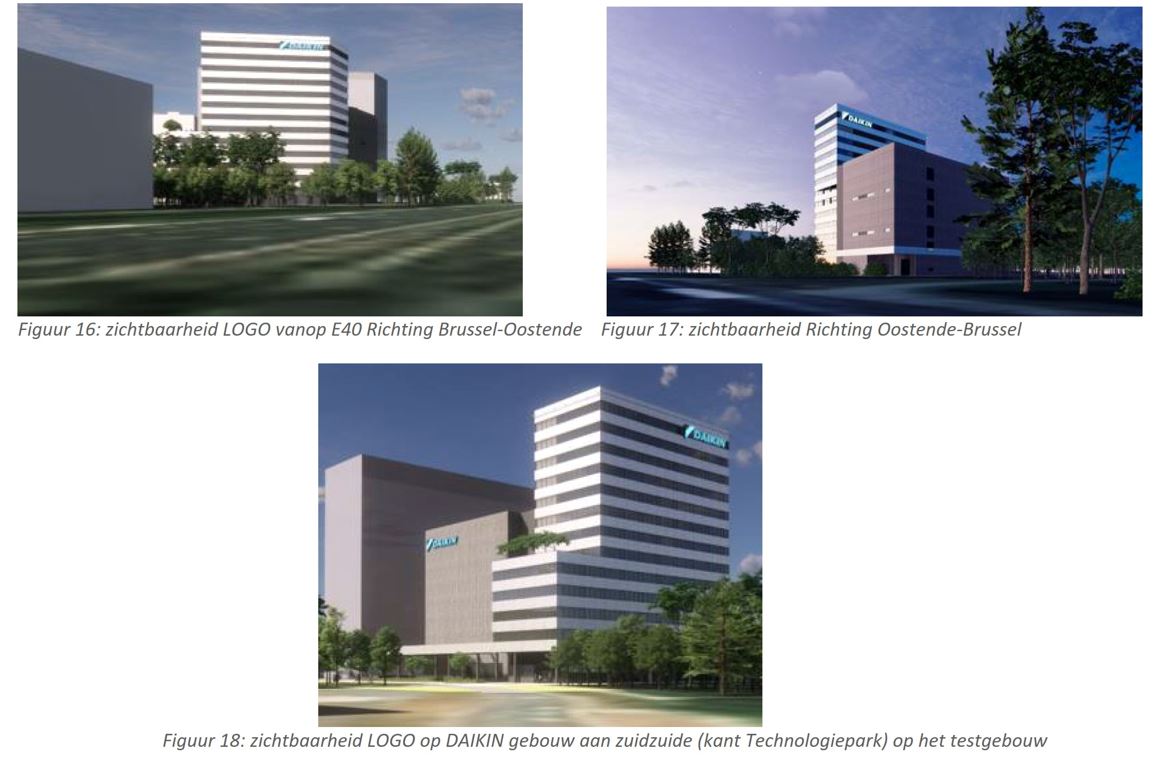 PMV wishes (in cooperation with Tech Lane Ghent Science Park NV and Ghent University) to engage a private partner for the full development, realisation and operation of a new tower building at Tech Lane Ghent Science Park/ Campus Ardoyen. The AI Campus Hub is a primarily private development intended to house companies and institutions in the fields of artificial intelligence and photonics.

We envisage a building of approximately 17,500 m² GLA (above ground), of which Ghent University is considering renting approximately 5,000 m² of office, demo and fablabspace on the basis of a fixed long-term lease. The remaining space can be leased to commercial or other users, and is partly also useful for community building and incubator purposes.

The realisation of the AI Campus Hub will take place via a project company in which the participant, as a private partner, will subscribe for at least 60% of the shares.A maximum of 40% of the shares will be taken by the public partners in this project, being Ghent University, Tech Lane Ghent Science Park NV and/or PMV.

More information can be obtained via steven.adons@pmv.eu

What's on the agenda?

As part of these works, the underground pipelines will also be renewed, new streetlights will be installed and additional data facilities will be expanded. The ring road will be furbished for two-way traffic and will allow for the bus routes of De Lijn to traverse the park. Two bus stops will be built as well. At this point no free standing bike path will be constructed. However, a 3 meter strip around the ring road will be safeguarded in order not to rule out this option in the future.

A network for cyclists and pedestrians will be constructed in the green areas and a central bicycle axis will be realized.
This main bicycle road will connect the parvis, the parking building and the tram stop in Zwijnaarde. In time, a connection with the roundabout and the park forest will also be added;

Improvement works will be carried out in the green areas, including picnic islands and two sports fields with ping-pong tables and soccer field, as well as some long overdue forest management.

All these construction works will greatly improve the look and feel of the park, and will further enhance the water management and biodiversity.

Ghent University is working towards a more uniform park appearance and by improving the ‘soft road network’ they’ll enhance the safety for cyclists and pedestrians as well as making the green park strips more enjoyable.

The car traffic at the park will be better managed. The cars will be guided to the respective car parks and/or to the new parking tower. Access management for cars has also been introduced.

Execution of the works

As part of the redesign of the entire Campus Adoyen, there are multiple phases of construction works. 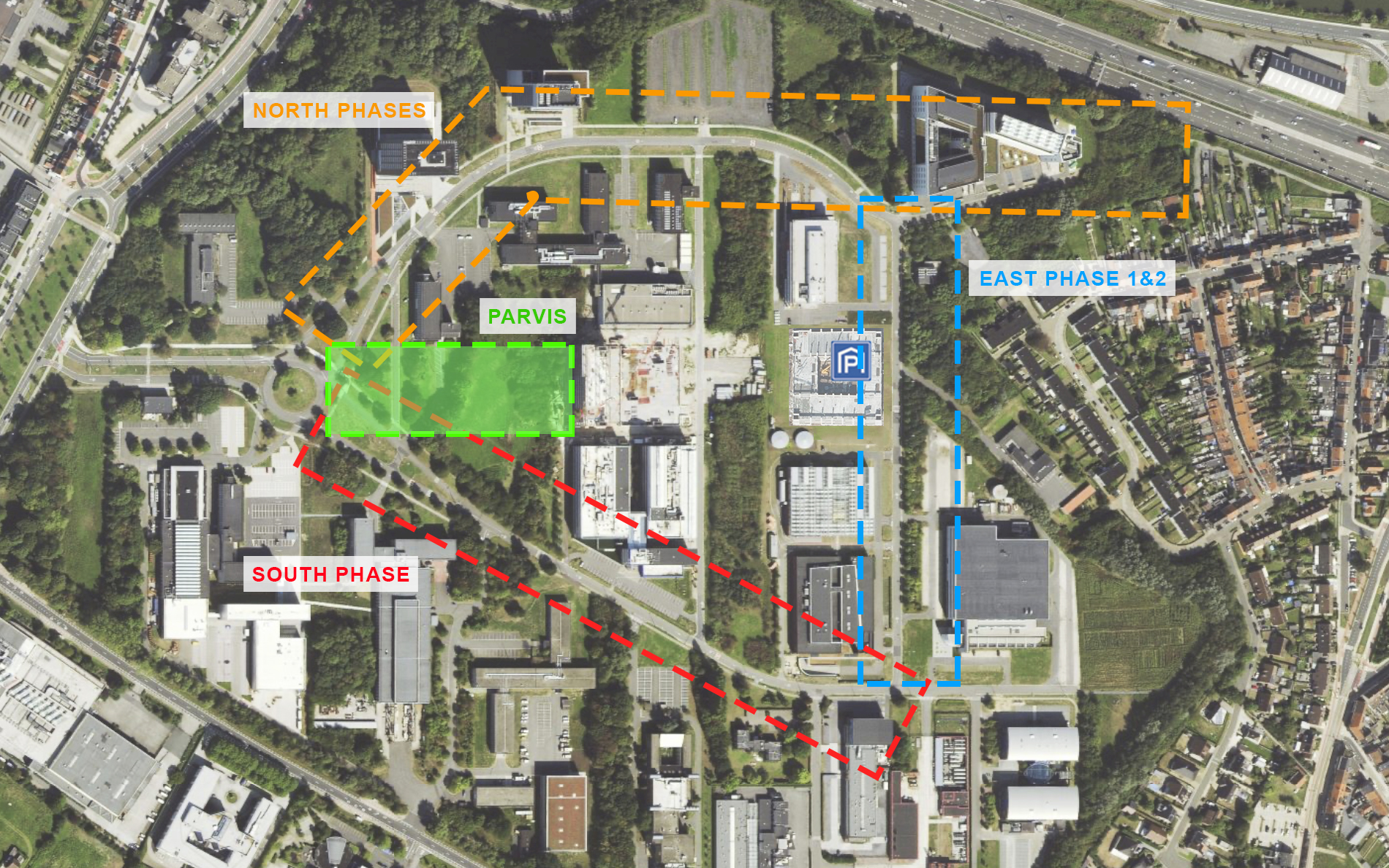 The majority of the main road has been refurbished.
A building permit for the last part of the loop road is not yet granted.
Until the end of the year the contractor will be working on expanding the relighting of the campus to roads that weren’t refurbished, including the entrance road. The light fixtures themselves will be installed in February / March 2023.
The new year will finally bring the start of the centerpiece of the redesign: the central square with water feature. The contractor has already started preparing the area, but the actual construction will start after the Holidays.
In order to connect the water feature and infiltration area to the existing sewerage system, the traffic on the loop road will have to be interrupted one final time (approx. February 2023).
Although the central square will only be finished by next fall 2023, the sport fields will be ready for use in the spring of 2023.
The teams involved are also working hard to work out solutions for a more traffic-safe park.

On September 22, the works will start.

Find HERE for the North Road - phase 1, an overview of the alternative routes for cars, bicycles and the Max Mobiel Shuttle Service.

On May 30, a second phase will start: the eastern phase.

Practically, this means:
° All car traffic must re-enter via the main entrance. Entering via Tramstraat for companies located on Tramstraat will no longer be possible, but exiting will remain possible. The entrance barrier will no longer operate from 1 June.
° Two-way traffic on both southern and northern roads
° The parking building will initially be accessible via the northern road, then via the southern road.
° Max Mobiel will follow a new route and will stop respectively at the VIB stop, the temporary Cleanroom stop and the familiar stop at the AA Tower.

Find HERE for the East Road - phase 2, an overview of the alternative routes for cars, bicycles and the Max Mobiel Shuttle Service. 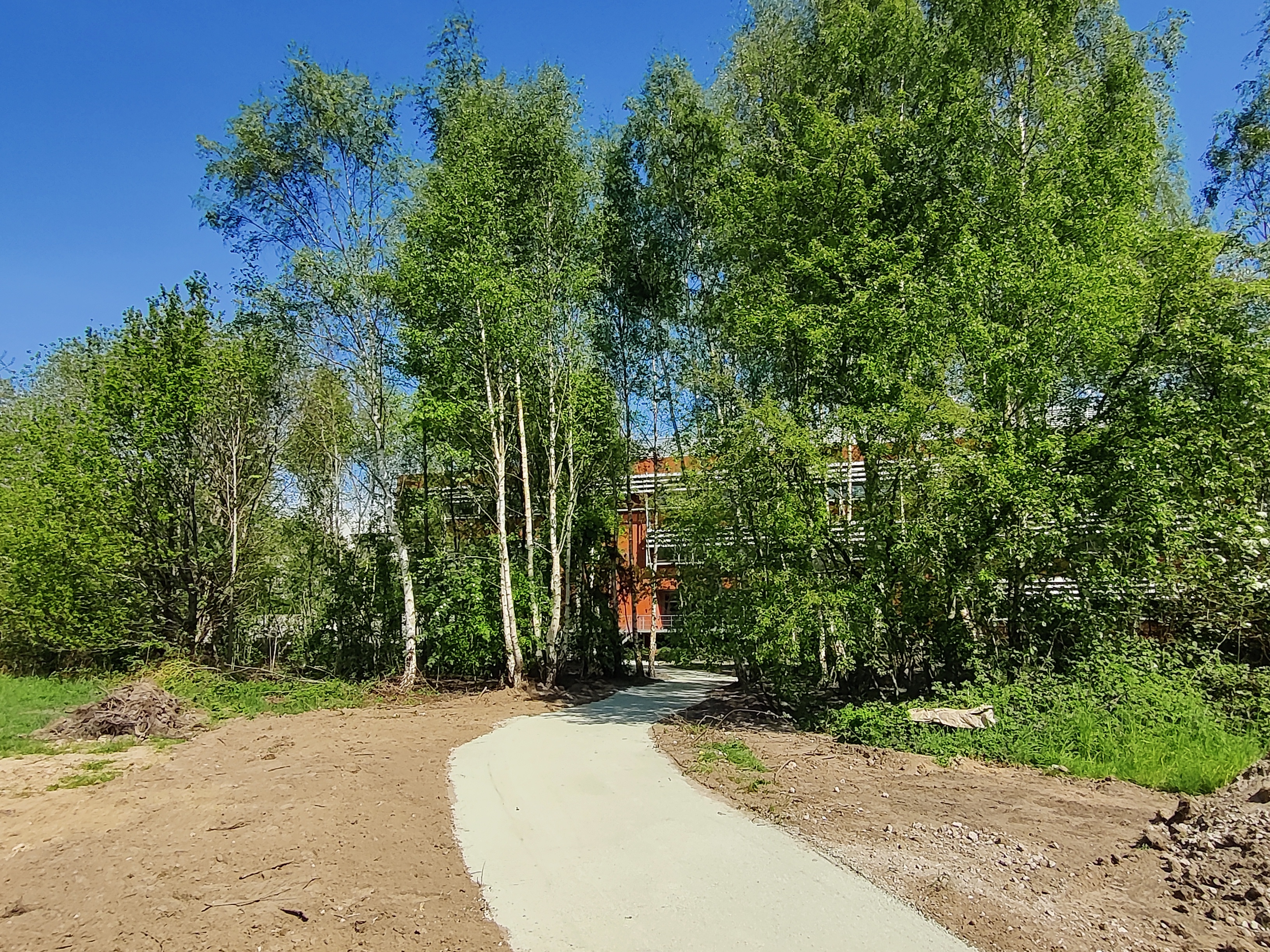 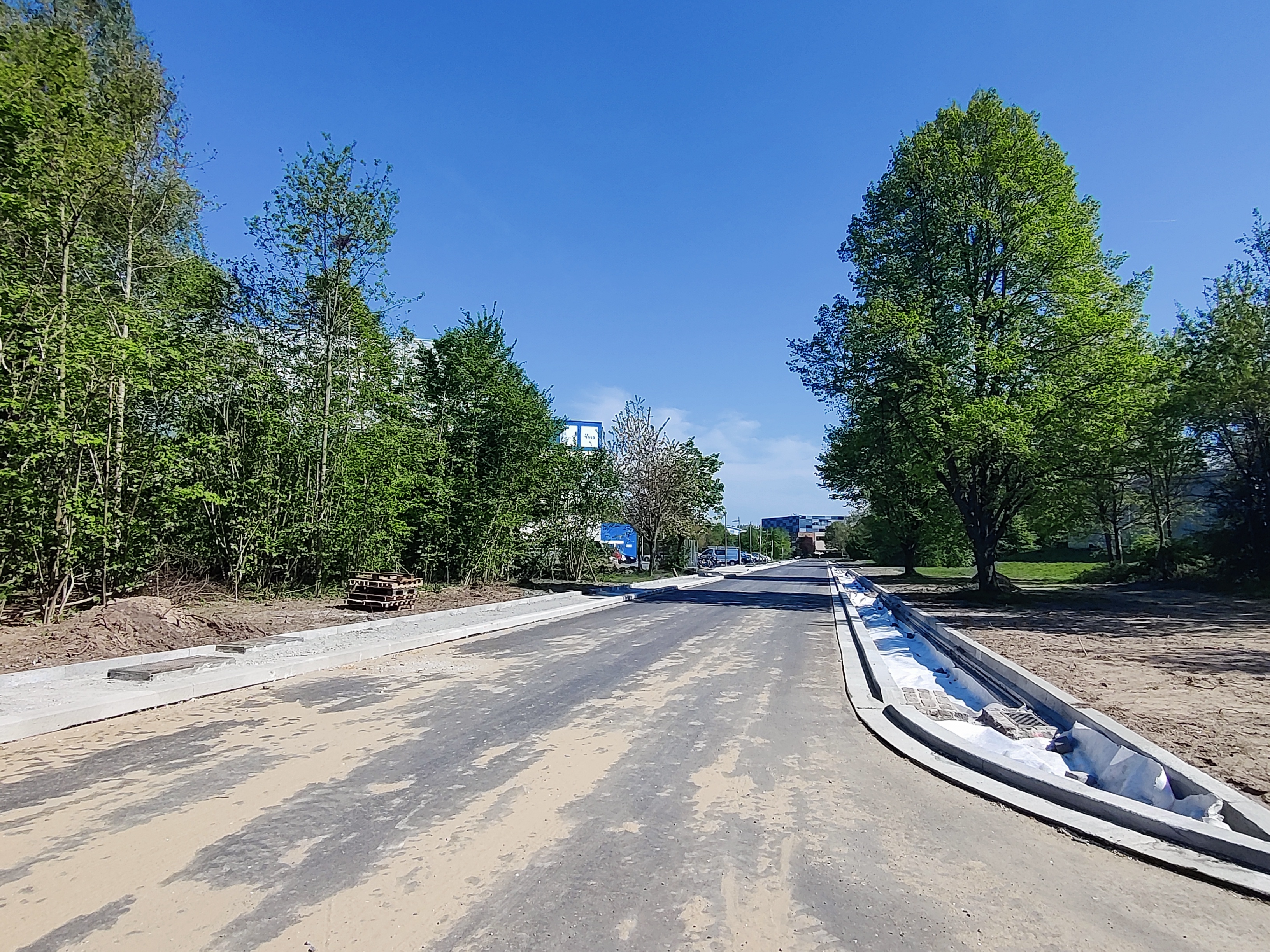 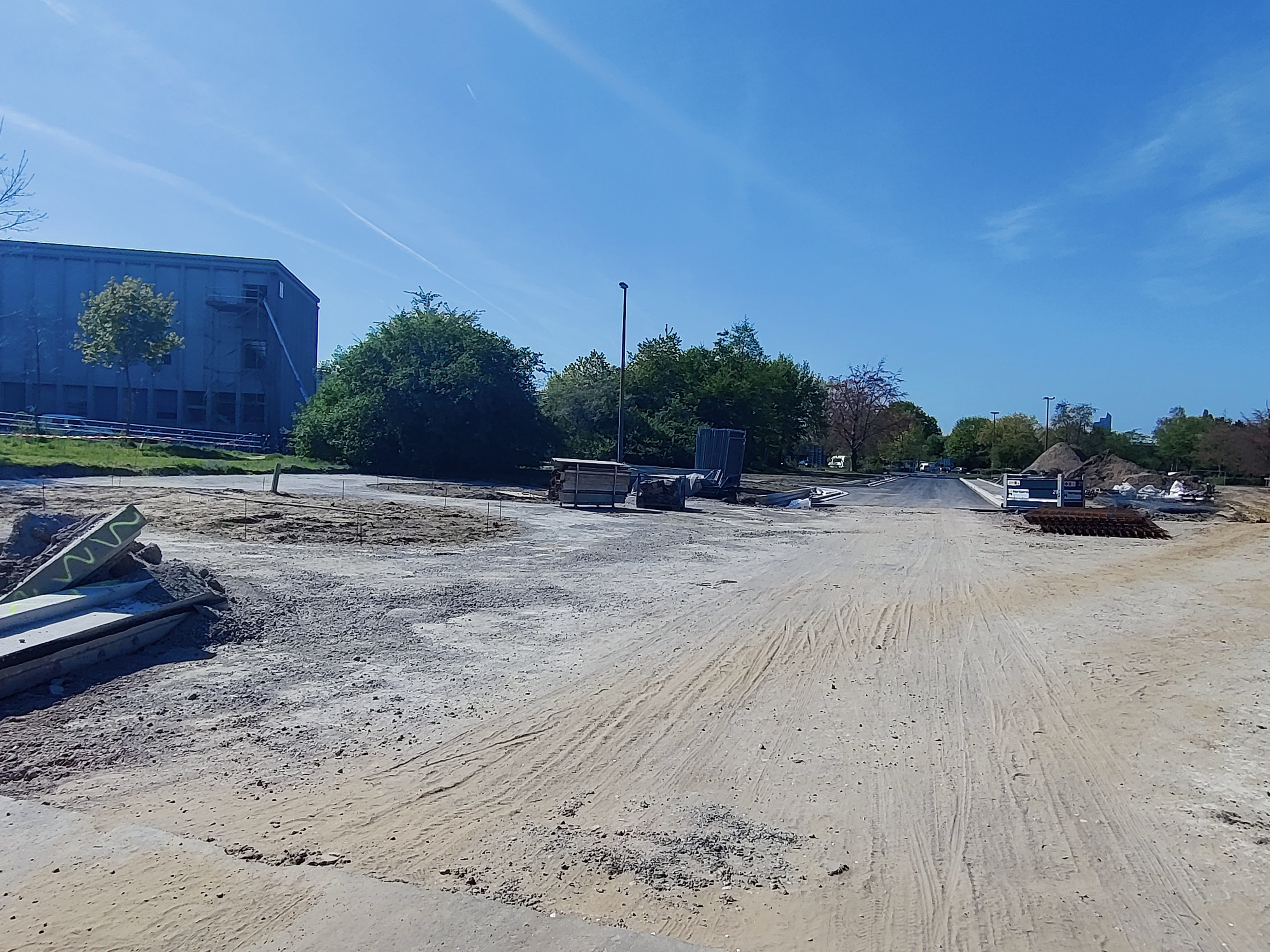 During these works, there will be some inconvenience and accessibility to the companies/research institutes might be more difficult.
With each new phase, a new traffic solution will be communicated.

Find HERE for the South Road phase, an overview of the alternative routes for cars, bicycles and the Max Mobiel Shuttle Service.

Mobility projects around the park

Master Project Ardoyen is a joint project with the City of Ghent and its partners AWV (Agentschap Wegen en Verkeer), Ghent University, De Lijn and VZW Ardoyen.
Together they are working towards an integrated and sustainable development and accessibility of the Technology park Ardoyen.
With the main aim of sustainable mobility, the partners want to make the site more accessible through small and large interventions: footpaths, bike paths, better public transport. In addition, modifications to the accessibility of the site at the N60 roundabout (with bicycle tunnel) and a new bicycle connection between De Sterre and Ardoyen (with bicycle bridge) are an important part of this project. 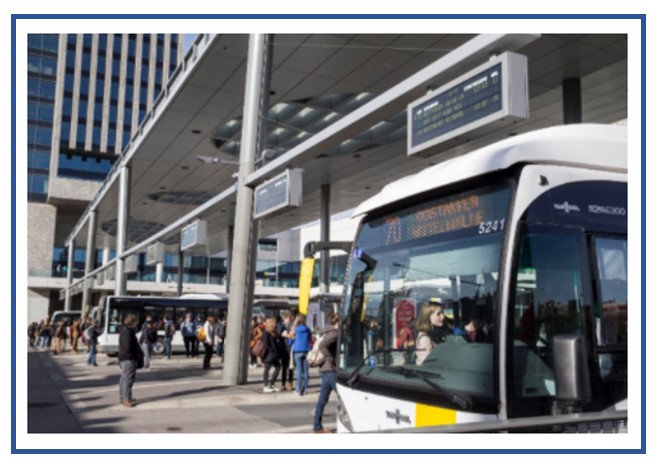 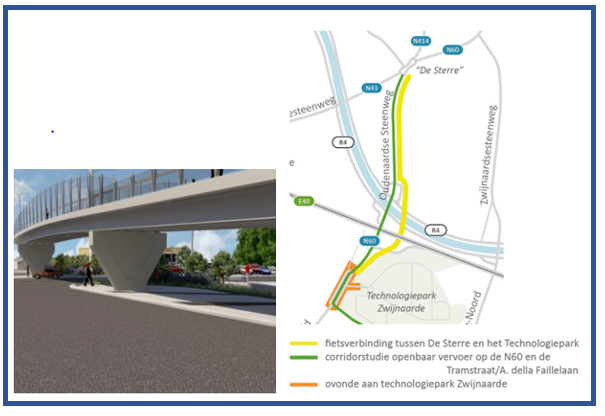 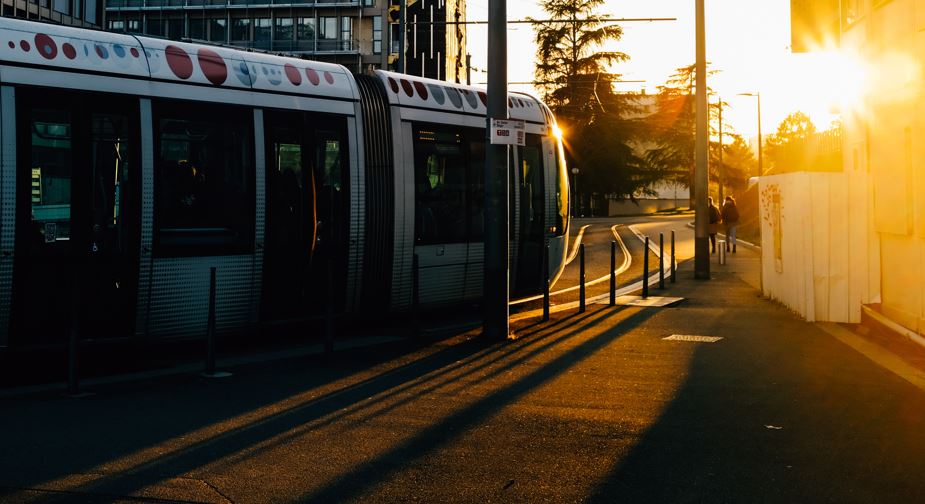 We have a dream: a tram stop in the heart of the campus!